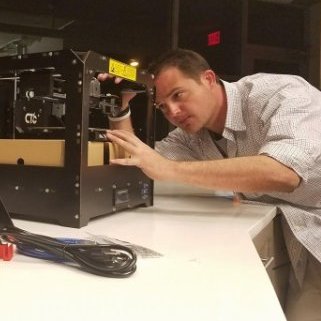 We’ve always been fascinated by the mechanics and properties of flapping-wing flight… watching birds soar gracefully above us brings out that childlike wish of gliding through clouds from high above. Seeing them fly is amazing, but it’s not that easy to build an ornithopter.

The first thing anyone asks when they see an ornithopter fly is, “How does it work?”. We’ve all wondered the same thing about birds too at one time or another. Since the ornithopter flies like a bird, we can answer both questions at the same time. All flying creatures, and ornithopters too, have a stiff structure that forms the leading edge or front part of the wing. Birds have their wing bones at the leading edge. For insects, the veins of the wing are concentrated there. Ornithopters have a stiff spar at the leading edge. The rest of the wing is more flexible. It needs to be flexible so the wing can change shape as it flaps.

An airplane wing produces lift by moving forward through the air. This force, called lift, is what keeps the airplane from falling to the ground. The special shape of the wing, combined with the slight upward angle of the wing, causes air to be deflected downward. There is more pressure on the bottom of the wing than there is on the top. This difference in pressure produces lift. Birds flap their wings up and down. This motion is added to the forward motion of the bird’s body, so really the wings move diagonally. They move down and forward during the downstroke, and they move up and forward during the upstroke.

Our Robotic Bird goes a step further than most traditional RC ornithopters. We built an onboard computer that acts like the brain of a real bird, giving complete control over the wing movements. We tacked on two powerful servos to move the wings which also are used for steering, so there is no need for any separate mechanism for moving the tail. Finally, we integrated tilt mechanics thatcan vary the flapping angle of the wings and allows a smooth transition between flapping and gliding flight.

The “brain” of the Robotic Bird is a tiny electronic device called the Axon-1b servo controller and weighs only 4.7 grams. It uses independent motion of the left and right wings for steering. It features a glide mode and variable flapping amplitude. The servo controller reads the throttle, aileron, and elevator commands from your radio receiver. Then it outputs a new signal to drive the servos in the RC bird.